The Power of Prayer: Part Two

“The Power of Prayer” is an incredible testimony from the Leadens family, and the real events that took place during their daughter Delaney’s first months of life. This is a three-part blog series. Part one was posted on Thursday, January 24 and part three will go up on Thursday, February 7.

“I got induced at 36 weeks. I had been going in to the U of M multiple times a week for tests to monitor her mobility, and she failed the test,” said Gabriella Leadens, baby Delaney’s mom.

Welcome to the NICU 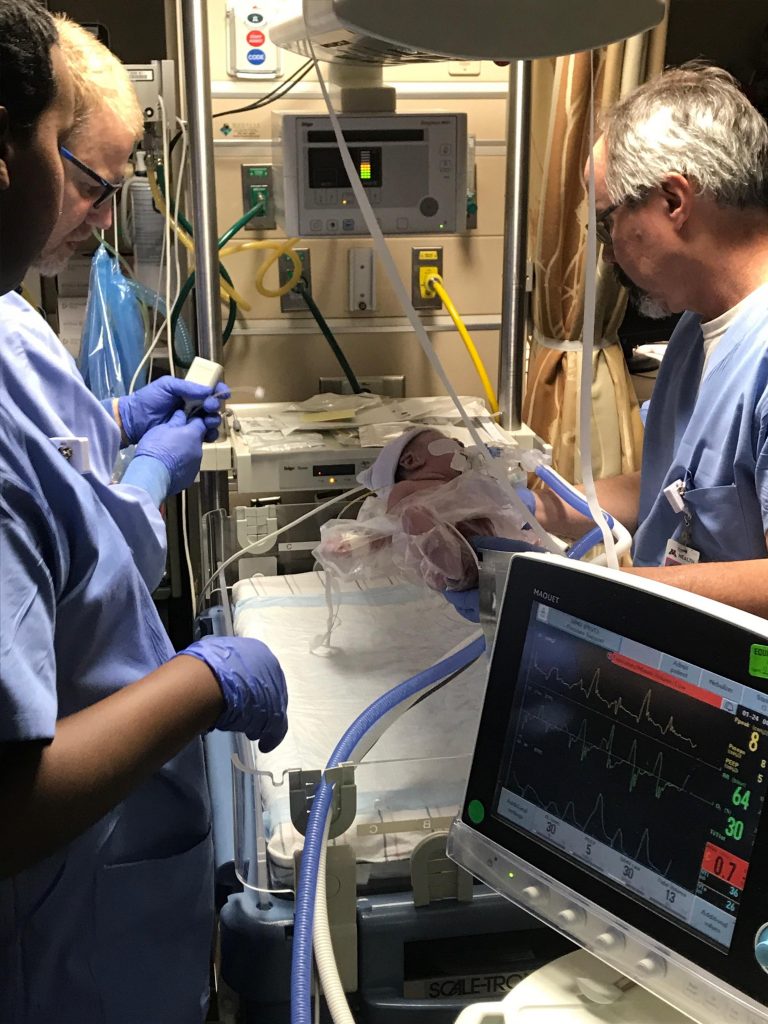 “When I had her, her intestines were literally outside. And they [the NICU team] basically caught her organs and put them in a sterile bag. I had like 15 people in the room, the whole NICU team was in the room. Once they got her stable and had everything in the bag, they let me see her. She was there for about 10 minutes, then they took her to the NICU. That’s where the surgeon was waiting for her.”

Delaney’s surgeon put her intestines, appendix, stomach, ovary and fallopian tube into a bag. They hung it over her body, and using gravity, they put Delaney’s organs back inside of her body. On the third day of her life, she went into the operating room and they closed her up.

Because of her condition, Delaney was getting her nutrition from a PICC line. After about a month, Gabriella noticed a strange lump forming on her daughter’s leg.

“It was a blood clot. It was so big, it took her surgeon two days to get it out… while this was happening they put a different PICC line in her arm, and she got another blood clot. That’s when they figured out she was allergic to the polyurethane. We switched her to IV, but she had to get poked every four days. So she started running out of veins.” 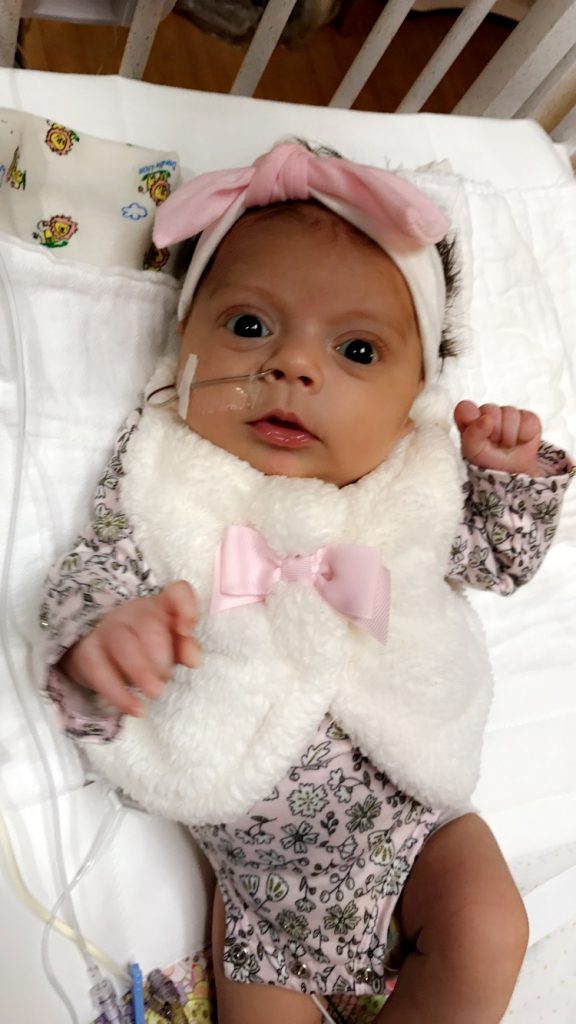 Gabriella recalled those days with frustration. Saying the entire time Delaney was being poked and prodded, she kept asking why they didn’t have another type of PICC line.

“At this point we’d been there for 30-40 days, so we had a care meeting to get everyone on the same page and the surgeon said Delaney would be there another four to six more months. I was just like, ‘what?’ And he said, ‘I’ve been here for 25 years and I’ve never seen a child turn around fast, she’s already taken a long time, the end’s not near for you guys. So I asked again, ‘are you sure you don’t have another type of PICC line?”

As luck would have it, a nurse practitioner sitting in on the meeting remembered the hospital getting a single silicon PICC line as a sample from a medical supply company.

The next day, the nurse practitioner got the new PICC line, but while she was inserting it, there was another complication: she couldn’t get it to go all the way in, Delaney needed another operation.

“Once the silicon line was in Delaney’s body accepted it. But she still wasn’t able to eat enough,” said Gabriella.

Stay tuned for the final post of this series. Our third and final blog of “The Power of Prayer” will be published on Thursday, February 7. If you would like to share your testimony with us, fill out our Testimony Thursday form today!