By Robin StoddardFebruary 14, 2019Connect to Others, Discover Jesus, Missions Trips, Serve the Community

Our Costa Rica team is back after a week abroad! We’ll be sharing several daily recaps from their time serving others. Check it out! 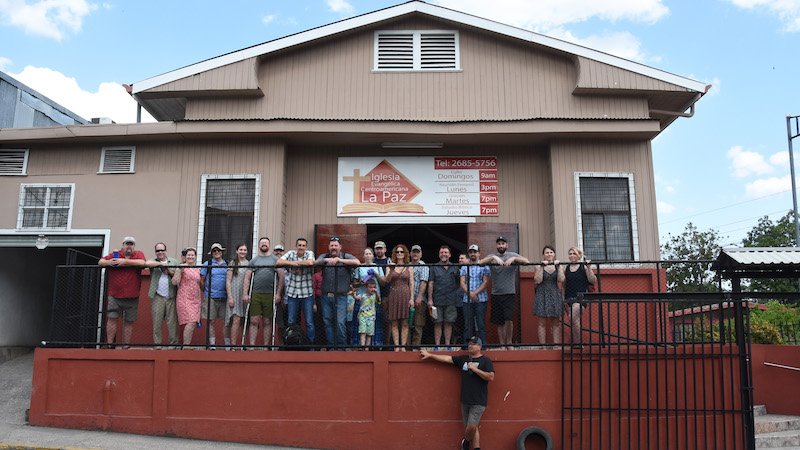 Sunday was our first day in Coast Rica, we joined La Paz church (our sister church that we’ve been partnering with for the past four years for worship. 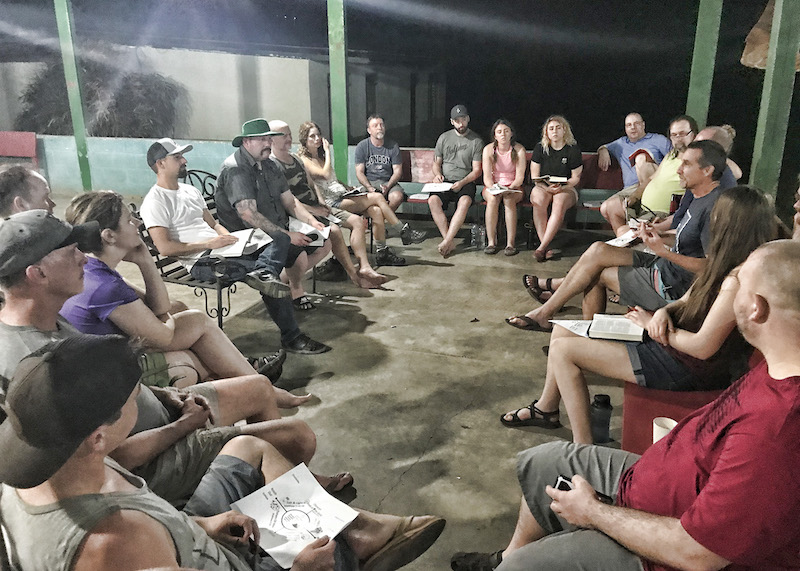 Their worship is lead by their incredibly talented youth. If you’ve worshiped in a bilingual setting, you know how amazing this is. In true Costa Rican style, they made us a huge lunch, so we could spend time getting to know each other. Then we headed to the city park to do a prayer walk for the ministry we’ll be doing on Thursday. The evening closed with devotions on how God doesn’t want us to “camp at the cross.” Instead, He wants us to move forward and share our faith in our everyday lives.

Our team consisted of 35 people from five churches: three churches from the U.S. and two from Costa Rica. Everyone hit work hard today, pouring two sidewalks (by hand, of course – we won’t tell Cindy that Harold was shouldering cement bags), cleaning, repairing, and preparing for the pool and plants on Tuesday. Many, including myself have been praying for God to provide a pool, in order to take the camp to the next level. It’s incredibly hot here and campers need some relief from the heat! 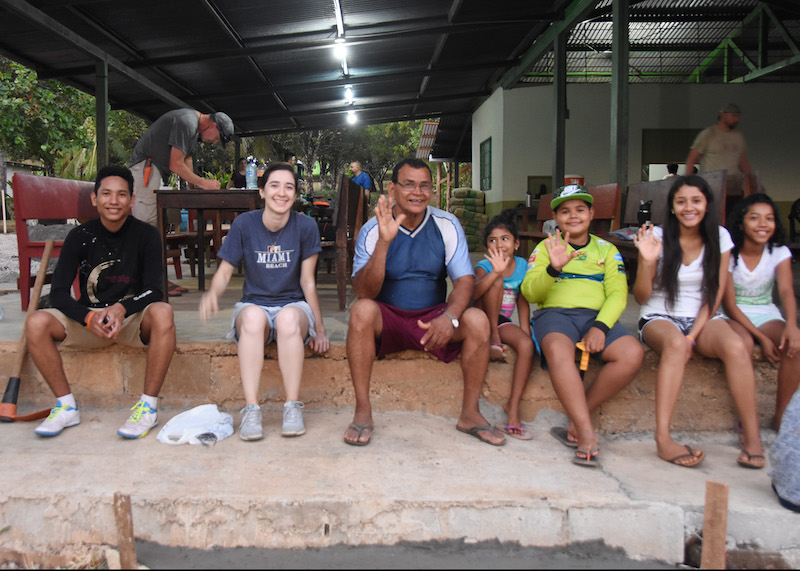 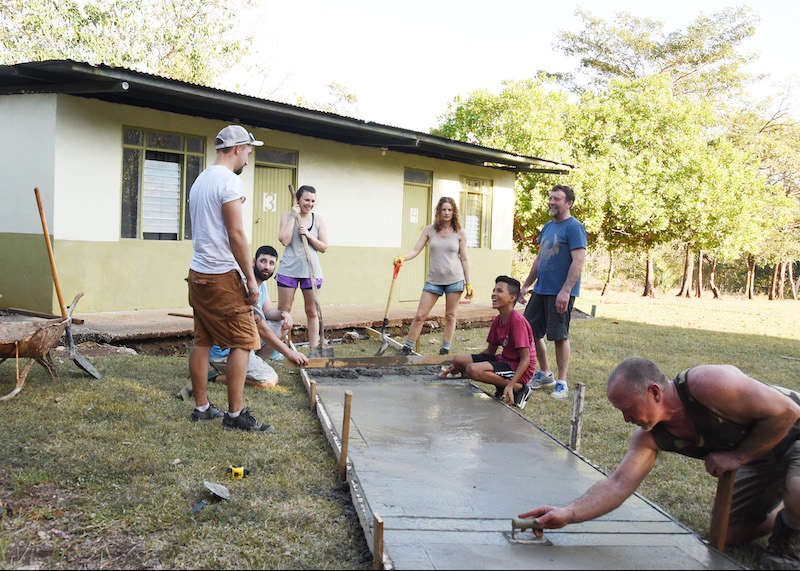 We were prepared to do a building project until three weeks ago when the pool grant came in through one of the Oregon team members, God provided a grant from an unusual source. Yet He had ordained just the right people to be there to handle this project, even with the last minute changes. We had four cement people, two commercial landscapers, one architectural designer who was able to draw out a plan for future growth; and a whole bunch of strong, willing workers who didn’t complain despite the 95 degree temperatures. An amazing story of how great our God is and in control of ALL things!

Monday was also the first day of our mini VBS and about 70 unchurched children and moms came! Stephanie and I did crafts, Matt from Oregon gave the message, and the Ticas organized the games. It was definitely a group effort, and a great way to build our relationships with the volunteers from La Paz Church. In the evening, we had more delicious Tica food from our wonderful volunteer camp cooks and ended the night with devotions and small groups, sharing on Ephesians 1.

“For this reason, ever since I heard about your faith in the Lord Jesus and your love for all God’s people, I have not stopped giving thanks for you, remembering you in my prayers,” (Ephesians 1:15-16). 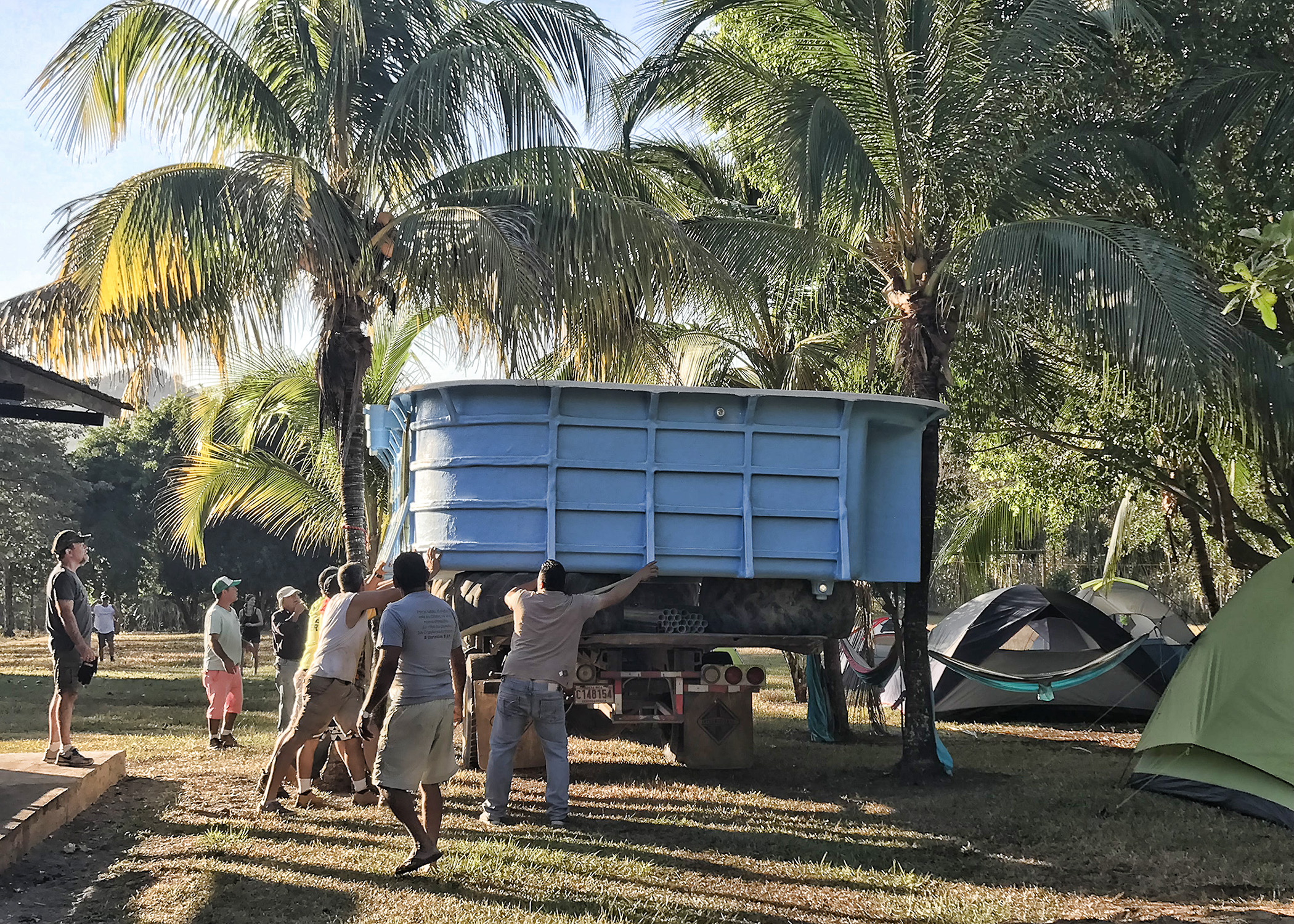 The pool arrived at 6 a.m. and  all hands were on deck to pull back palm trees and make sure it got to its location. It was a great photo op! After a great breakfast of fresh fruit, eggs, and of course; us gringos need our peanut butter and toast! Note: most Ticos have never had peanut butter, so we bring our own, it costs about $10 for a small jar in Costa Rica! 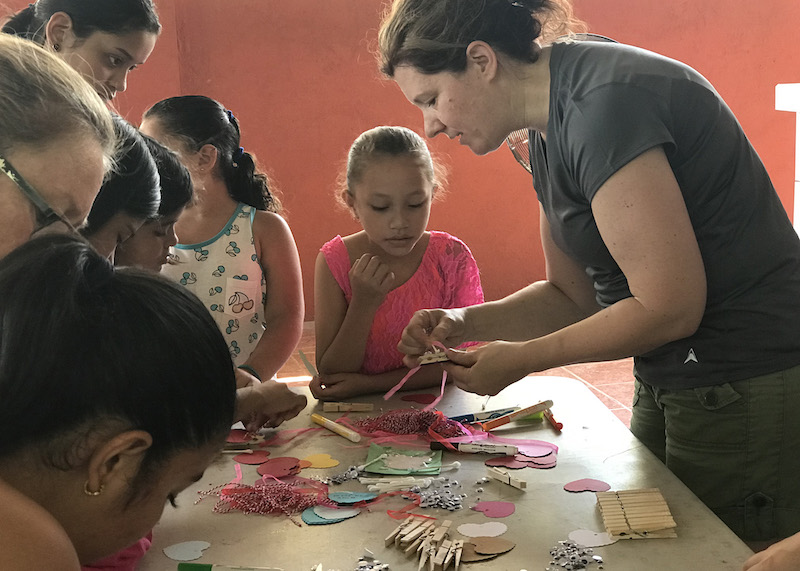 Our VBS group of six headed off to Nicoya for day two. We had a few more kids and amazingly five more moms… Note to self: mom’s ministry will be added next year to VBS. On Tuesday we focused on spreading the word of God. Just as a flower produces many seeds, we can bring Jesus to many people in our lives. We had a 16-year-old girl who, without even knowing us, came from another town just to interpret for us because she heard we were doing a VBS. She was SO helpful! Again, God’s provision is amazing.

Back at the camp, the fiberglass pool was dropped into place, backfilled, sidewalk continued and the cement surround began. About 40 people from two churches came and joined us to put in around 100 bushes and trees. Did I mention the ground is so hard when you swing a pick axe at it, it bounces back? We discovered that with some water, and a bunch of team work, we were able to get it done! 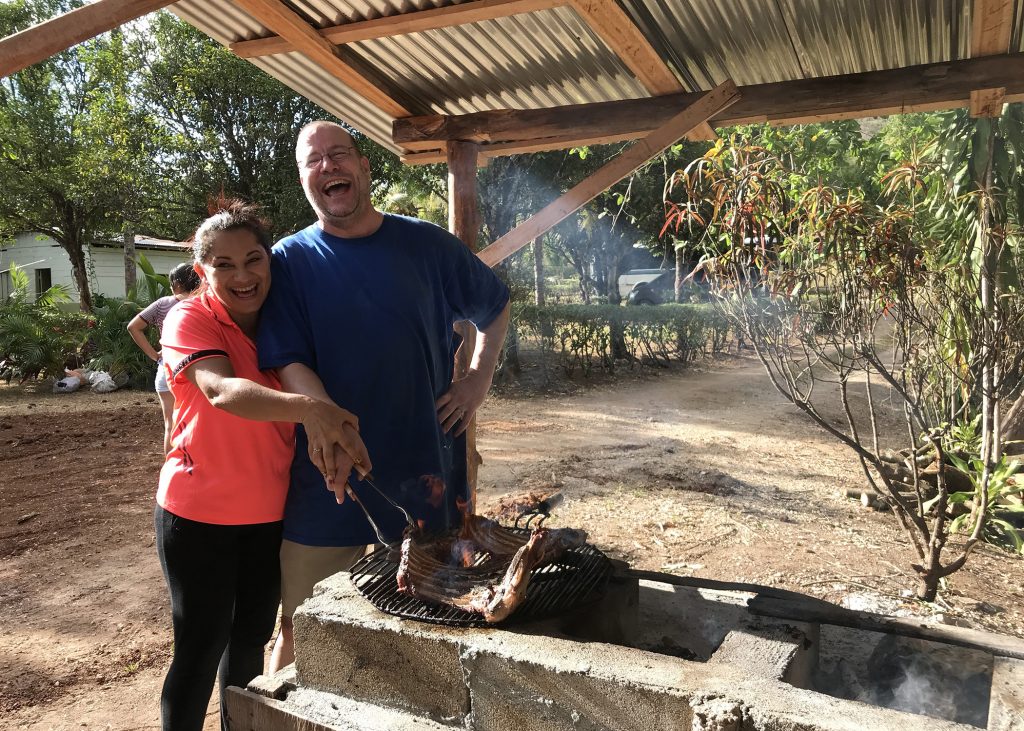 Rob, Harold, and Eric had been planning an American BBQ to treat our Tica helpers to; but Dan, a pastor and farmer from Alaska, decided to take it a step farther. He bought a ram to add to the feast! The boys have some great stories to tell about this day, be sure to ask them about it. There were some firsts for our Tica friends, including hot dogs and peanut butter! We had a great time getting to know each other better, often through animated gestures and translation apps, so fun! Later that evening, the worship team – made up of Ticos and gringos – practiced for our Thursday night worship in the Central Square. We were able to take advantage of their practice and have some group worship. It was an amazing, and full day!