By Robin StoddardFebruary 22, 2019Connect to Others, Missions Trips, Serve the Community

Our Costa Rica team returned after a week abroad, and they would love to share some of their stories with you! We’ll be sharing several daily recaps from their time serving others. Last week we shared what Sunday through Tuesday was like for the team. Check out how Wednesday and Thursday went! 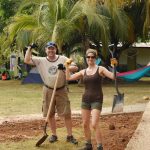 I think Wednesday was the hardest day. We dealt with over 90 degree temperatures, while laying cement in the blazing sun. It was a good day to remind ourselves that it’s not about the project, it’s about the relationships! Everyone did awesome taking turns with the heavy lifting and praise God, we made it through without injuries! We pushed it hard until about 2 p.m. then we headed for some R&R at the beach, which is about 45 minutes away. We had a great time playing in the surf and getting to know each other better. Our Tico cooks made us chalupas on the beach and they were delicious! Our team ended the day with devotions time. This is my favorite time; after some personal devotions we get together in small groups to discuss the given scripture and our thoughts on application. It is so cool to hear how God is working in each individual’s life. 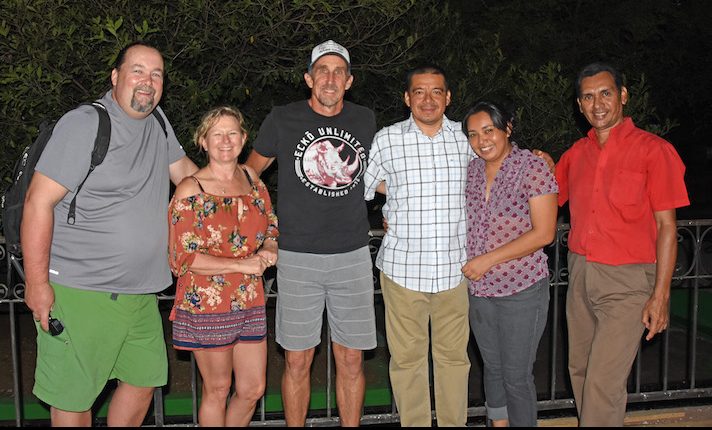 Thursday was the final day of our work project. We had to keep reminding ourselves that our mission is not focused on finishing the work, but giving the camp and our Tica brothers a boost. The team worked hard on the concrete sidewalk and part of the surrounding areas of the pool.  We finished putting in the plants and trees and skim coated a new wall on the bathroom.  We left the final portion of the surround for the local church to complete.
In the late afternoon we headed into Nicoya to see the carnival and explore the town.  Our intent was to look for divine appointments to share and pray for people; which many team members had the opportunity to do. Later that evening we joined the Nicoya church for worship in the pavilion in the city square (an amen moment that the mayor gave us permission to do so). We had an incredible time worshiping. Rob gave his testimony and Oregon Trevor gave a salvation message. Then we made a huge circle and prayed together. Lots of joyful tears were shed, it was such an incredible experience!

We also heard the testimony of their new Pastor, Samuel; who was a Police Officer in Guatamala, and doing evening seminary classes. Then, he and his family were threatened at gun point, and forced to leave. From there, God lead them to Nicoya, and then the pastorship opened up. When we are faithful in following God’s lead – even if it’s sometimes blindly– His plans can bring us to amazing things! Pastor Samuel and his family are such a perfect fit for this church, you could just feel it. Many from ROL have been praying for this transition and the pastor God calls. What an answer to prayer! Amen!
It was another great day making our Savior known!